A Message to the libertarians: 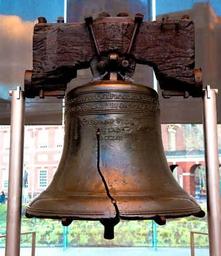 Libertarians now have VIABLE candidate choices.  The Resistance injects libertarian tenets into the Democrat and Republican campaigns.  Read why and how.....

What are your thoughts on the Libertarian Party?

Resistance members agree with LP's positions with 90% - 100% conviction. But in the primaries

LP candidates have no media presence. That's why even Libertarians should consider campaigning initially

within the two major parties.

LP has been around for 45 years and never has won a Congressional seat, Senate seat,

or Governorship. The majority of LP members in state legislatures were elected when there was no

Republican opponent or no Democrat opponent.  Libertarians are right to try to disintegrate the two-party

"system".   The closeness of the two big parties traditionally diluted LP prospects,because in any close

election, a vote for the LP candidate was perceived as "throwing your vote away", or worse "helping

elect the scoundrel". Campaigning within the Republican or Democrat party is a better route to the

electoral success of freedom. Campaigning within an established party allows us to shed better light on the how the incumbent leaders of the party dis-serve us.

If a Resistance Candidate CAN'T be president, who would you choose?

An outsider committed to Jeffersonian principles would be best. Right now (May 2015) we would  like to see the two who have not held elected office, Ms. Fiorina and Dr. Carson, team up. Let them pledge to one another and to the primary voters that they are running as an inseparable team in primary states that award their delegates proportionately. In those states, the voters will decide who between them will take the VP and who will take the President slot. In winner-take-all primaries, one will stay off the ballot, but voters would know they are voting for the pair.

The Outsiders would be for example "Fiorina-Carson" in some winner-take all states, and "Carson-Fiorina" in other winner-take-all states. It keeps them from diluting their campaign expenditures. If Gary Johnson ran as a Republican or a Democrat, he'd have my allegiance. He's the best candidate since Goldwater (Harry Browne, Steve Forbes, Duncan Hunter, and Ronald Reagan round out the top five in my life-time).  Scheindlin-Napolitano would be good, and fun to watch.

Wouldn't a Resistance candidate, if elected as a Democrat or Republican. get co-opted?

Doubtful. We are not here passionately putting forth an agenda, sacrificing our time, taking barbs along the way to then abandon our principles.  The Resistance candidates  are not driven toward public service by the possible riches. So big industry is going to have a hard time co-opting any of us. And at least some Resistance Candidates are committed to "wearing a wire", that reveals any attempts to suborn the official. But in case a Resistance member isn't serving the principles on which he campaigned, throw him out in 2 years. That Candidate broke through a door; it now makes it easier for the electorate to demand and GET better leaders.

Why Libertarians should run as Democrats (or Republicans) in 2016:

After 40 years with NO elected Libertarian, it's worth crawling out of a bad brand, and entering a widely accepted one.

There are four very practical reasons that gird voting Democrat (or perhaps Republican) for the next 5 years.

1) The shell that is the Libertarian Party is anathema to mainstream media.   Libertarians NEED the media.


2) The media actually educate voters during the primaries. With no candidate in the "fray" until September, Libertarians miss out of 4 - 12 months of media-driven voter education.

3) Libertarian" is a non-starter in too many circles.  "He's a kook" is an immediate reaction to the candidate with the Libertarian label.  At best we get "he's a NOT a kook, but he has no chance to win".  That's not just an instinctive reaction, it's borne out by 40 years of truth.  Why will it be any different this time?"  And that horrible "Definition of insanity is repeating failure" routinely is spoken about Libertarian candidates.

The Solution...Use your 3% - 7%.  Formally endorse good candidates in the two major parties.   Let the parties COME TO YOU.  Act as a big newspaper does, with an endorsement of the candidate more dedicated to liberty.

"Just once" is the LP expression for trying a Libertarian.  But across the nation, for nearly 40 years, "just once" has resulted in Libertarian losses. It's not even close (only in Alaska has a Libertarian seen less than a double-digit loss).  At the presidential level, it's a sad result, with telegenic, well-grounded candidates garnering only 1%.

"Sad" does not mean permanent failure.  Think of Thomas Edison, whose multiple failures simply allowed him to readjust and proclaim "I invented 99 ways NOT to invent a light bulb" before hitting pay-dirt.  Just once, try the not-so-sad route.